Coach Shay has been riding and coaching mountain biking for 5 years now.  She grew up being athletic and involved in soccer, dance, cheerleading, Muay Thai, and participating in OCRs (Obstacle Course Races).  She believes that physical activity, especially in an outdoor environment, not only contributes to a strong body, but is good for our mental health as well. She also loves encouraging other girls/women in achieving their athletic potential.

She is a Level 3 NICA Coach, a BICP Level 1 Instructor, a Wilderness First Responder and is a registered nurse who has a background in Trauma-Ortho and Emergency Medicine.  Because of this background, safety is a priority for her and she is adamant about teaching the skills that will allow riders to minimize their risks.

When she's not riding, she loves to crochet and watch movies. In the summer, she can be found acting as the camp nurse at a nearby summer camp. She also is proud to serve as the Adventure Coordinator for the Texas League and is excited about getting more kids on bikes. 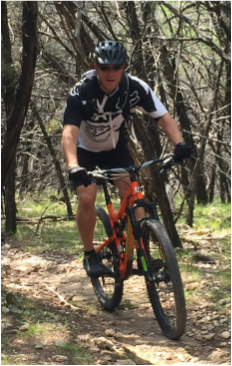 When not mountain biking or working, Troy spends his time as scouting den leader with Cub Scout Pack 203 and assistant scoutmaster with Boy Scout Troop 441. Through many years of scouting, Troy has enjoyed the opportunity to work with young men to help them build life skills and achieve their goals. He looks forward to helping the SRMTB team athletes achieve whatever they set out to accomplish in the sport of mountain bike racing and hopefully to learn some life lessons along the way!
​Piers Hendrie
Assistant Coach 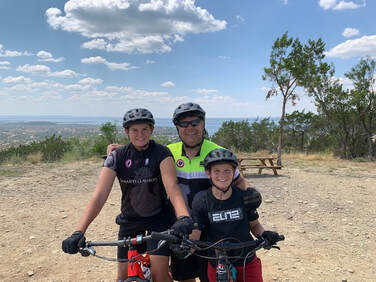 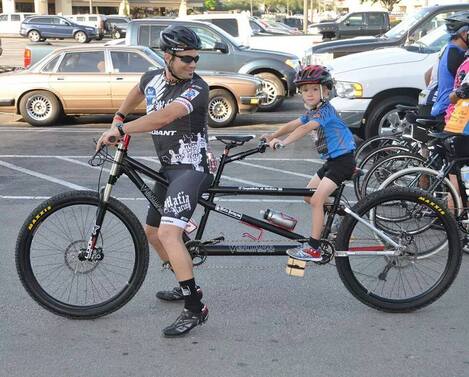 Chris Trevelise
Assistant Coach
Chris Trevelise (aka Trev) started his athletic career at the ripe old age of 4, where he was a shining star on the soccer field and decided one day to host his own garage sale to raise money for his first real bike. Once he had exactly enough money, he shut the garage door and went to buy a red Raleigh Rampar. The next morning, he woke up before his parents and went out to teach himself how to ride a two-wheeler. From this point forward, little Trev was free. That first weekend he rode 22 miles with his parents. This continued through his high school years where he would commute to and from soccer practices and games by bicycle. Trev joined the high school cross country team (which runs an opposite season) for the sole purpose of keeping his running in tune for soccer. His love for running and cycling really became engrained while living these formative years in Beaumont, Texas. In addition to his foundation of running and cycling, Trev’s swimming started in open water. He found his respect for the ocean and began surfing when he was 8 years old. With every summer spent on Long Beach Island, New Jersey, Trev spent everyday surfing, swimming, rowing, and eventually working as an ocean rescue lifeguard. 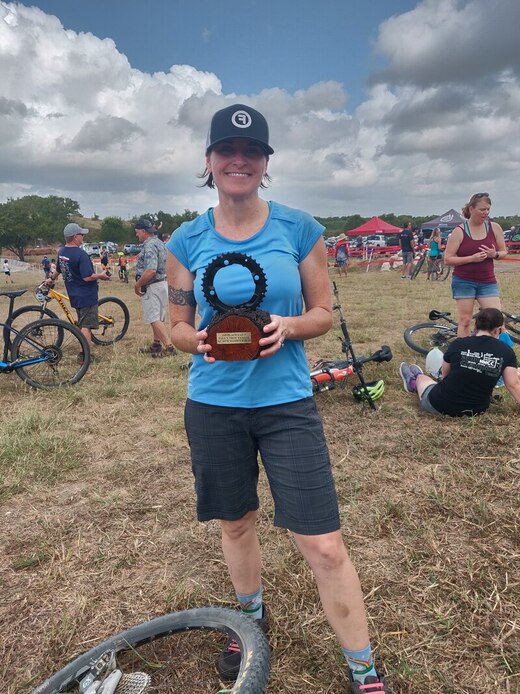 ​Eric is very active in the Steiner Ranch Trail Committee, managing their social network faces and public communication. His love for the trails led him to know many of the mountain bikers and Eric joined the team as a coach in 2018. While he doesn't have any kids on his team - all his kids are now in college - he was always active as a coach for various teams while his kids were young and now brings his love for mountain biking and enjoying the beautiful trails of Steiner to this team. Eric also has a passion for photography and loves to take pictures at the races.
© COPYRIGHT 2016. ALL RIGHTS RESERVED.